Kelsey and I moved to Los Angeles in June. Now that we’ve officially been Angelenos for almost four months, I’ve made a few observations.

No, really. Most Angelenos are not actively mean or rude people. Many come off that way because their default social setting is one of mistrust.

Think about it. Los Angeles is a city of people trying to make it in an industry famous for being more about who you know than what you know. Everyone wants to network and make connections, all day, every day. You endure that for a few years, and you’d be just as leery of anyone who randomly is kind to you. Why is he being nice? What does he want from me?

Once I realized most Angelenos are normal people living in a world where everyone wants something from them, I realized it’s not really all that scary of a place to live.

Freeways.  So many freeways.

I thought Seattle would have prepared me for driving in LA. Not even close. It’s not the traffic, which is about the same. It’s the driving culture.

Down here, driving is more utilitarian. People are so focused on getting to the next place, they don’t really care what happens along the way. Seattle drivers seem quaint by comparison, with our safe spacing of cars and our thank-you waves and our only-honk-when-staring-death-in-the-face attitudes. People here honk because you took more than a half-second to turn left on one of the 40,000,000,000 unprotected left turns. And that’s just the surface streets, you get to the freeways, and stuff just gets wacky. People “change lanes,” if you can call it that, across five lanes of traffic to make an exit, and don’t even bother with a turn signal.

Speaking of freeways, I finally realized why all the SoCal locals use an article when referring to them, as in “the 5” instead of I-5. There are such a massive combination of interstates, state highways and US routes, some of which change from state route to interstate while retaining their numbers, there’s no way anyone is going to keep track. For example, it isn’t unreasonable to take US 101 to SR 110 (which turns into I-110) to I-105 to get from Hollywood to LAX. You say it like that to a local, and they’ll look at you like you’ve grown horns. You say “take the 101 to the 110 to the 105” and they know exactly what you mean, it takes half the time, no one has to care about what level of government paid for which freeway. Everyone wins.

It is possible to have too much of a good thing.

Most Seattlites love sun, because in Seattle it’s so scarce. I spent many a summer in Seattle baring my pasty-white legs at Gas Works Park. Here, it’s a rare day when there are enough clouds in the sky to make a difference, and even then it usually burns off before noon. I can’t go anywhere without sunglasses, sunscreen, and an extra bottle of water. Car window tinting isn’t just an option, it’s a necessity.

I’ve learned that different times of the day are better-suited for some activities than others. Walking or running is best done around dawn, before the sun has baked the earth into a sweatbox. Driving east or west is best done midday, when the sun doesn’t beg to sear your retinas. Swimming is for afternoon, when the water has been heated by the sun, but where the sun will be blocked by trees or, more likely, buildings. 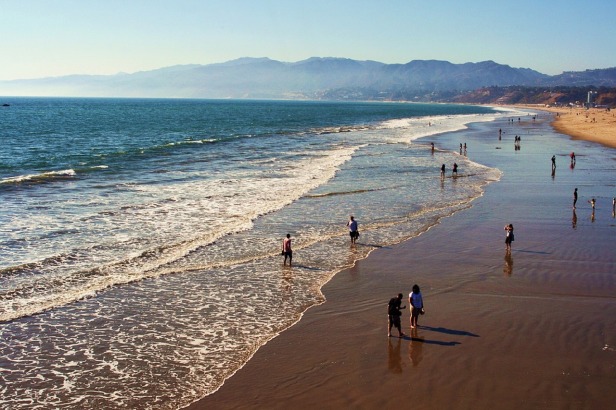 Wait, it’s not freezing cold at the beach?

In the Pacific Northwest, you can go to the beach on a bright sunny day in the middle of summer, and it will almost be warm enough to walk around without a jacket. The constant wind and frigid temperatures are to be endured, however, because it’s the beach. Why go to Hawaii or the Caribbean to see a beautiful beach when you have one a few hours’ drive away?

But friends, I’m here to spread the good news: there is such a thing as a beach on the West Coast where you can wear a bathing suit, and not endure hypothermia! This mystical place? Southern California. The picture at the top of this post was taken at Zuma Beach, near Malibu. This wasn’t a special hand-picked beautiful day, it looks like that Every. Single. Day. 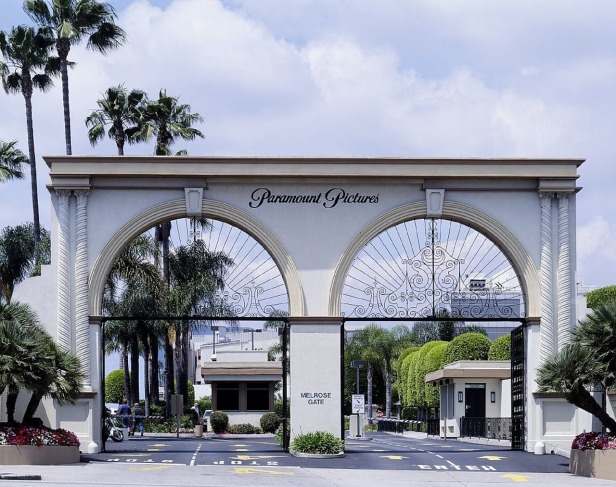 I’m a Seattle native, but I spent the last six years living in the Portland area, so that’s kind of home, too. It’s not common to work in the entertainment industry in either place. You introduce yourself as a writer and you get the inevitable followup, which is some variation of “I meant, what do you do for a living?” or “Does that pay well?”

In Los Angeles, everyone is in the entertainment industry – well, not everyone, but nearly 250,000 people in LA county – and that’s just the people who have paying gigs, to say nothing of the thousands more who work in other industries for their paycheck but are making indie films or web series for no pay.

It’s common enough that people in the film and television industry don’t even name it as such, they’re just “in the industry.” Odds are, if you spend a little time here, you’ll meet lots of other people in the industry, too. Some will just be starting out, will have moved here with their best friend or brother or sister from Chicago or Atlanta or Houston or Montreal or a hundred other places, will have lived here for two years, five years, ten years or more. Most will still be trying to make it. That’s the reality: sometimes it takes years of dedication and hard work before you get the opportunity to shine in front of the right people. The most important part is to follow Wheaton’s Law in all of these interactions. No one wants to work with a jerk.

I won’t end all my blog posts this way, but this being the first one: Thank you for reading. Let me know what you thought, either in a comment or on Twitter @leojackson or via carrier pigeon. Sorry for being so damn wordy.